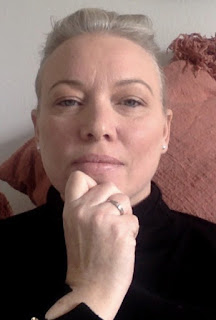 What is wrong with this scene?


Excited children playing together in a Barcelona street, their parents standing nearby watching, chatting, smiling.
Of course, only a few months ago, there was everything natural, normal and perfectly ‘right’ about this everyday picture.
Now (at least at the time of writing) the responsible adults in the scene are breaking the law and can be fined for it. Something that was as wholesome as a summer day suddenly became an awful sin.
So, how are people in our part of the world dealing with this and other similar flips of fate?
One person who has a sharp insight into how Catalonia is coping at the moment is Australian psychologist Leigh Matthews [pictured above,] owner and founder of Therapy in Barcelona. In mid-March, flying back to Barcelona after visiting the Alhambra for her 43rd birthday, she travelled from the pleasures of Granada into a city under lockdown.
Leigh believes that Covid-19 has all the ingredients of the kind of collective, traumatic crisis that she routinely deals with on a personal level in her work: the element of surprise, a threat to essential aspects of life and loss of control.
She says she is able to bear witness to the stories of her international colleagues and clients. In her opinion, they bring expat powers of adaptability and a comfort with ambiguity to difficulties that are firsts for everyone here.
As a comparison, the current number of infections in Spain stands at 264,663 and deaths at 26,620 whereas Australia’s are at 6,941 and 97. “This disparity is great,” Leigh says. “Here we are tormented with a huge toll and suffocating restrictions, but Australians, with their elaborate economic rescue package and comparatively mild threat, are also gripped with uncertainty, grief and exhaustion from groundhog days of confinement.”
To Leigh, the pandemic reminds her of the engineers charged with saving the lives of the astronauts in the Apollo 13 space capsule almost exactly 50 years ago. They solved the crucial problem of making a square filter fit into a space that had only been designed for a round filter.
In her view, what governments in Catalonia and Spain have to face is something very similar to the Apollo 13 scenario.
She believes the question for the authorities is essentially the same one for many people: doing what is possible. “Identify a problem. Throw the resources you have to deal with it onto the table and figure out how to manage the problem. Variation in contagion and death rates aside, we all face the “Apollo 13 exercise” daily – fumbling for solutions to working from home while crisis schooling, mastering the Virabhadrasana pose in online yoga and simultaneously managing stress, grief, trauma and death anxiety with the menace of infection and economic impairment looming over us,” she says.
“As a psychologist I can give you the shopping list of coping strategies. I can tell you there is resilience to celebrate, but resilience is intersected by privilege and the domestic, political and economic theatres we inhabit. The cohort of people in my life are well resourced, but the pandemic is as multitudinous as each story of every person living it. Many stories won’t have an Apollo 13 finale. They came up with something adequate and so can we, even if it’s just wearing a mask to take care of others or writing a “new normal” that embraces everyone.”
Personally speaking, some days I feel the gravity of the situation holding me down. On other days, like the Apollo 13 crew, I am weightless. I almost float.
[This article was first published in Catalonia Today magazine, July 2020.]

Posted by Brett Hetherington at 3:33 AM