The Brit, the lesbian, the priest...and a terrible miscarriage of justice

In 2001 Dolores Vázquez was found guilty of murdering Rocío Wanninkhof, a 19 year old woman in a small southern town.

During testimony, Vázquez was described as hombruna, [‘man-ish’ or butch] with a violent temper. A host of witnesses were called in, including a spiritual medium, a priest, two (Ukrainian) maids, and a barman. The priest said that when he told Vázquez of the death, she began vomiting, which could have been a sign that she was possessed.

Vázquez had been involved in an intimate relationship with Wanninkhof’s mother and one of the first ever public juries eventually found that she had killed Wanninkhof because she blamed the teenager for problems between them. The court sentenced her to 15 years in prison, but after serving over a year in prison on appeal, DNA on a cigarette butt at the murder scene shifted the investigation’s attention Tony King, a British expat, already serving a 36-year sentence for the August 2003 rape and murder of another teenager.

In 2006 King was sentenced to 19 additional years for the murder of Wanninkhof.

According to a recent news report, “Dolores, or Loli as her friends and family call her, is now waiting for the State to compensate her for the miscarriage of justice, confirmed by the arrest and imprisonment of Tony King. Her solicitor has asked for four million euros to compensate for the time Vázquez served in prison and the media harassment and personal damages she endured. The Ministry of Justice has made an offer of 120,000 euros.”
Posted by Brett Hetherington at 3:35 AM No comments: Links to this post

Faced with new, tougher European stress tests and international concerns over their exposure to the property bust, Spain’s savings banks, or cajas, are very likely to soon be partially nationalised.

A very good idea to get what is actually public money back in public hands, but the decision to do this would only be a fair one if Spain’s larger commercial banks were also dealt with in the same way.
Posted by Brett Hetherington at 8:19 AM 2 comments: Links to this post

A photograph (of what is there) 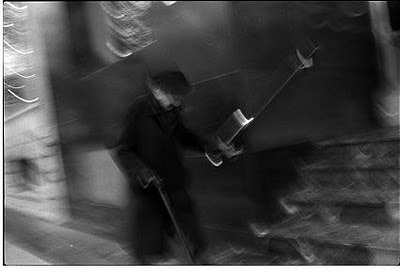 
In this diary entry Spanish writer Antonio Muñoz Molina makes the crucial observation that "often literature does not consist of inventing but in telling clearly what one has seen with one's own eyes."

Another great writer, George Orwell who spent time here (fighting against Francoism in the 1930's) said a similar thing. "To see what is in front of one's nose needs a constant struggle."
Posted by Brett Hetherington at 1:19 AM 4 comments: Links to this post

The (Catholic) bishop of Córdoba has a New Year revelation for us all. He believes that UNESCO has a program to make half the population homosexual and says that this United Nations organization is bent on “implanting an ideology” that already supports this theory in schools.

He then goes on to warn that sexuality is not “a game of pleasure “and on the subject of abortion states that “Spain walks proud of her progress towards her own destruction” due to a declining birthrate.

I look forward to more pearls of wisdom from church spokesmen over the coming twelve months.
Posted by Brett Hetherington at 1:34 AM 4 comments: Links to this post