"NC4EU in cooperation with TrettFilms spoke to EU professionals about the impact the uncertainty of living #inlimbo will continue to have on the British public."

Posted by Brett Hetherington at 12:19 AM No comments: Links to this post 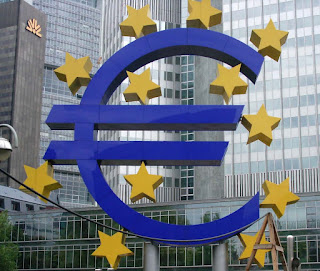 The good times are back and we don't need Prozac! The conservatives who run Spain and most of Europe would have us believe this is because the economic growth figures and employment statistics are apparently rising at a faster rate than they have for almost a decade (when the average person was plunged into a 'crisis' that was not of our making.)

What we have to ask is who is now benefiting from this bright new dawn?

In actual fact, the IMF recently found that over the last few years the economic gap between the rich and poor has grown faster in Spain than any other country in Europe.

Astoundingly, the number of millionaires has risen by 40% but the number of Spaniards living in “severe material deprivation” doubled to just over three million people, according to the charity Oxfam.

The profits from economic growth have been almost completely handed to the wealthiest.

And who is in new work?

Again, the reality is bleak. Temporary workers now make up more than a quarter of the workforce in Spain and this is not only for seasonal work.

Part-time contracts have become more common among hospital workers, teachers, those in the information technology industry and even public servants.

Statistics show that short-term jobs made up about 90% of the contracts signed last year. Roughly one in four lasted seven days or less.


According to a report from the highly informative Business Over Tapas news service, the UGT (one of Spain's most influential unions) said that the labour market was still suffering the effects of the crisis and austerity measures implemented by Prime Minister Mariano Rajoy's government.

"In December 2017 just four out of every 100 contracts signed were long-term and full-time," they found.

In my experience there is another attitude to work here that is strange. It is the dominance of so-called “projects” inside companies and it is used to justify poor work conditions.

This means that our jobs are often made up of tasks that have very limited time windows and require bursts of energy rather than methodical or consistent effort.


It’s a symptom of the era we live in that what we care about are events, festivals and spectacles more than equality or social justice and this has infected the way we work too.

Short-term thinking and short-term contracts have been at the cost of longer-term economic planning by both governments and companies: the exact thing that has helped Japan and China produce new industries out of ruins.


This ‘temporariness’ might sit well in a modern world where our attention spans are shorter than ever before but it disturbs me.

If work is to be satisfying (or even fulfilling) it must have a greater purpose than the simple moving of objects from one place to another or the organisation/supervision of this activity. (That is how the great philosopher Bertrand Russell defined work.)

If we accept the proposition that we will spend the longest part of our lives working, it is obvious that work itself is anything but temporary.

What we essentially do in our jobs goes on day after day and to do these jobs well demands concentration, focus and significant psychological effort.

When this is taken for granted in the form of almost meaningless ‘contracts’ (which are almost always written by employers alone) it insults our existence as living creatures who have evolved beyond animalistic toil and servitude.

But as Russell also argued, on top all this there are the idle rich, who “are able to make others pay for the privilege of being allowed to exist and to work.”

This article was first published in Catalonia Today magazine, February 2018.

Posted by Brett Hetherington at 12:09 AM No comments: Links to this post 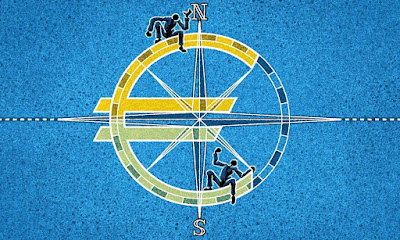 Indeed, graphs and numbers suggest as much.

But we should be skeptical whether this economic recovery will result in widespread economic gains, and even more skeptical that it will suppress Europe’s political shift to the far right.

Underneath the graphs and numbers, there is a much quieter story of daily struggle and disappointment. People are hesitant to believe that Europe’s future is bright.
Even the International Monetary [Fund, the IMF] admits that income inequalities grew across generations in Europe. In the meantime, the rich are getting richer worldwide, boosting income inequalities even further. How can we call this a recovery if its gains go so disproportionately to the very top?
Even Krugman’s analysis acknowledges an exception: Greece. This raises additional challenging questions.
How can Europeans really and truly recover if some countries are left with strict austerity for decades to come? Is Europe a ‘success story’ if youth unemployment is at 40% in Greece?
This, of course, under the economic stewardship of the troika."
Read more from DiEM25 member Aris  here.
Posted by Brett Hetherington at 1:02 AM No comments: Links to this post

"As the European migrant trail has gone underground, the threat of sexual violence has increased" 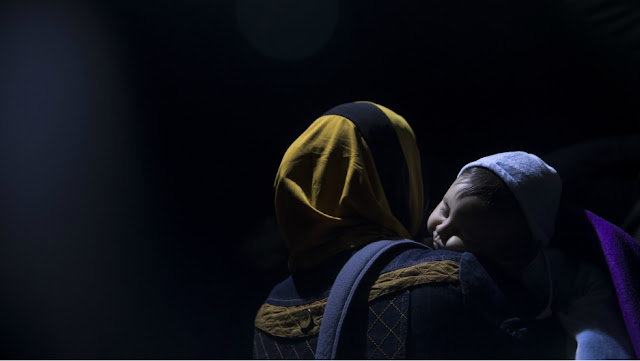 "When Simin reached Europe, she thought the hardest part of her journey was behind her.

She left her native Iran, where she had lived all of her 44 years, because she feared being arrested for her work as a journalist. It took her three months to travel from Iran to Serbia, much of it by foot across mountains and borders.

But it was when she was crossing into Croatia that the worst happened. She was raped by two smugglers, themselves migrants, from Afghanistan.
“The smugglers forced me to be with them. He threatened to not let me get in the car if I refused being with him,” says Simin, who is living in a center for refugees on the outskirts of Zagreb, Croatia.
“I had to do it. I was a woman alone — all on my own.”

Simin’s story is one of many similar accounts from women who have traveled the European migrant trail since the crisis began in 2015.
Rights groups say women face assault, harassment and sexual violence at every step of the way along the trail, including on European soil.
And there are signs that the environment for attacks against women along the route has only worsened since the height of the crisis. European countries have closed their borders and pushed the trail underground, putting women at greater risk than ever before.
Many sexual crimes go unreported due to the precarious legal status of the victims as they cross borders and try to avoid authorities. And even when women do report incidents they have little hope of justice, for the same reason. "
Read more from source at PRI, here.

Posted by Brett Hetherington at 11:58 PM No comments: Links to this post