Above is  a Catalan cartoon that shows how the Spanish media's coverage is likely to continue to be in the coming week before the Catalan independence referendum on October 1.

Shown on the left is a crowd of peaceful protesters holding signs that say "We will vote" while on the right the Spanish press focuses on a single act of destruction.

I would suggest that it is not only Spain's mainstream media that makes this mistake.

Posted by Brett Hetherington at 8:05 AM No comments: Links to this post

How "the crisis" overpowers national borders

" 'This is a crisis caused by deregulated financial capital that speculates on the misery of the people. The more countries go bankrupt, the richer this system gets...'

The world today is facing a deep crisis. Yet at the same time, the neo liberal growth model is still presented as the only possible option. The Portuguese sociologist Boaventura de Sousa Santos exposes the myth and made it his life’s mission to build an epistemology of alternatives."

Read more in English from source here.
Posted by Brett Hetherington at 8:44 AM No comments: Links to this post

"Who owns England [and Wales]?" 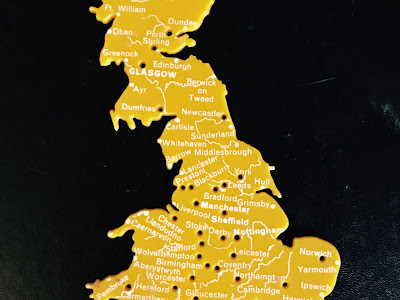 From this astonishing website which uncovers exactly why the "housing shortage" exists in the UK...

"Together, UK corporate bodies and overseas companies own around 13 million acres of land – roughly a third of England and Wales.

But who owns the remaining two-thirds? Aristocratic families and trusts? Farmers? Charities? Householders? It’s clear we still have much work to do…"

Interactive map also here.
Posted by Brett Hetherington at 6:53 AM No comments: Links to this post

Where to begin when we look at Turkey? Here is a part of the world with so much culture and history in its favour but in the last couple of years it has become somewhere you would not choose to live and you would even have to think twice about visiting.
The biggest single reason for this is the country’s President Recep Tayyip Erdogan, who has made an obvious grab at taking greater constitutional powers after a referendum on greatly extending presidential authority was narrowly passed.
Unsurprisingly, the opposition No campaign disputed at least one third of the votes as being legally valid.
Erdogan’s clear intent is to move Turkey away from its secular, non-religious policy towards a much stronger and stricter Islamic state with him firmly in control.
He has recently ordered that the teaching of evolution in schools should stop and that the death penalty should be reintroduced, through another referendum if necessary.
Aside from these backward ideological steps, his regime has taken to using a supposed coup last year as fair grounds for strangling basic freedoms.
Thousands of ordinary people (including writers) have been imprisoned and tortured without good reason.
Turkey now jails more journalists than any other nation – a third of the worldwide total – largely on the flimsy pretense of them being terrorists.
During the summer, two local Turkish leaders from the respected human rights organisation, Amnesty International, were also locked up.
I find all this so sad for political reasons but also for more personal ones. My family and I spent a week based in the [country] a couple of summers ago and were enchanted by it.
As well, I once taught at an Islamic secondary school in Australia and have very fond memories of my Turkish-Australian former colleagues and students there.
They were the warmest of people and I still have Turkish friends now, who are some of the most generous and lovely individuals you could ever wish to meet and spend time with.
Going backwards
Turkey has been a cultured, open-minded society for some time now, especially since revolutionary figure Kemal Atatürk led his people towards becoming a more modern European-influenced society.
Just two of his major legacies include greater equality for women and an educated middle class population that supported an Islam that was neither doctrinal nor overbearing.
Even Atatürk’s simple decision to change the Turkish language to a Latin based script was enlightened.
This progress is now quickly being wound back under the heavy hand of Erdogan and his followers, who have been rammed into key government and legal positions.
Some 100,00 public officials have already been dismissed from their posts, with almost half of them imprisoned on terror charges.
Yes, Turkey hosts around three million more Syrian refugees than any other country, but many “face obstacles [in] education and employment.”
Academic and author, Mehmet Altan, could be speaking for most of his countrymen when he says:
“Should the rule of law reign in Turkey again one day I am confident that I won’t be considered a suspect even for a second. I am a suspect now only because I demanded democracy.”

[This article was first published in Catalonia Today magazine, September 2017.]

Posted by Brett Hetherington at 10:41 PM No comments: Links to this post 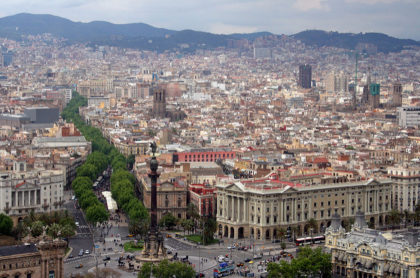 "In October 2017, the city of Barcelona will launch a two-year experiment testing several variants of a guaranteed income and active policies to reduce poverty rates.

The project has been called B-MINCOME in reference to the Canadian province of Manitoba’s Mincome experiment, a guaranteed annual income trial conducted in the late 1970s...
It will be conducted in the Besòs area, the city’s poorest region, and include 2000 households. These households will comprise a stratified random sample from Besòs area households which have at least one member between ages 25 and 60 and which are current beneficiaries of the city’s Municipal Social Services.
The researchers conducting B-MINCOME are interested in the extent to which the SMI reduces poverty and social exclusion, and which particular models of SMI are most effective for this purpose.
For instance, is the SMI more effective when combined with an particular associated policy, or with none at all? And is the SMI more or less effective if it is means tested?
To examine the impact on poverty and social exclusion, researchers will examine, more specifically, changes in labor market participation, food security, housing security, energy access, economic situation, education participation and attainment, community networks and participation, and health, happiness, and well-being.
Researchers will additionally examine whether the SMI reduces the administrative and bureaucratic responsibilities of social workers.
B-MINCOME is supported by a grant from Urban Innovative Actions (UIA), an initiative of the European Commission that supports projects investigating “innovative and creative solutions” in urban areas."

Read more from source here.
Posted by Brett Hetherington at 9:45 AM No comments: Links to this post