Who is in Plaça Catalunya...(and who is not.)

An inspiring short video that seems to beautifully capture the atmosphere of the huge (prohibited) protest camps in Barcelona’s Plaça Catalunya.

"“There is no ‘we are.’ There is a ‘doing’ or a verb....What we have here: It’s not that they are students. I am not a student. It's not workers, it's not revolutionaries. It is something; it's debate, it's [social] movements and in that way it's interesting. But it's a verb. An action." (Alberto Villaneuva, an activist at the site.)
Posted by Brett Hetherington at 1:17 PM No comments:

Manu Brabo, a Spanish photographer who had been detained with several GlobalPost journalists, was released by Libyan authorities and crossed the border into Tunisia with Spanish officials earlier today.

Brabo had languished in a series of detention centers in Tripoli for weeks, during which time the Libyan government allowed them little to no communication with the outside.

Covering the Libyan conflict has proved dangerous for journalists.

A number of Libyan journalists are missing and several other foreign journalists remain in custody, Human Rights Watch said.

Several journalists have also been killed while covering the fighting, including British photojournalist and filmmaker Tim Hetherington [no relation] and American photographer Chris Hondros. The two were killed in April during clashes between rebels and government forces in the Libyan city of Misurata.
Posted by Brett Hetherington at 11:39 AM No comments:

In Majorca, Atoning for the Sins of 1691

"They gathered Thursday for a memorial, the first by a local regional government in Spain, to confront a dark legacy of buried memories. Jews, who secretly practiced their forbidden religion during the Inquisition, were burned here in Gomila Plaza in a “bonfire of the Jews” in May 1691, and the descendants of Jews who converted were subject to discrimination that flourished even into the 20th century."

Read more of this fascinating New York Times article here.
Posted by Brett Hetherington at 11:04 AM No comments: 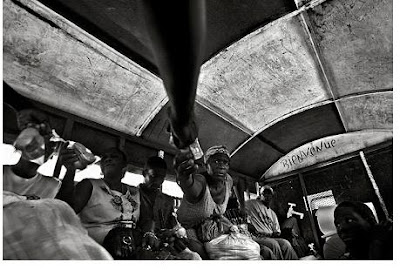 It was announced today that Manresa photographer Jordi Cohen Colldeforns has won an award for Travel Photographer of the Year in the category of Best Single Image in a Portfolio - World in Motion (above) which is now being shown at the Royal Geographical Society in London.

Audio slideshow here.
Posted by Brett Hetherington at 5:14 AM No comments:

How good is it to be a mother in Spain?

Mothers in Spain have some more good reasons to celebrate Mother’s Day this year.

A report published this week puts this country in 12th position out of 43 “more developed” countries when it comes to the best places in the world to be a mother and a woman.

While Spain lags just behind other fellow western European neighbours, it also appears that it can learn quite a bit from the highest placed Scandinavians nations (and even Australia, who surprisingly to me came in at number 2 in the ranking, though their conditions for children were as low as number 30.)

The report criticizes the United States for placing lower than 30th for both categories relating to mothers and children.

Researchers from the Save the Children organization used indexes on criteria such as percentage of women using contraception, female life expectancy, maternity leave benefits and educational opportunities in assessing women’s status across the globe.
Posted by Brett Hetherington at 1:43 AM No comments:

The science of success in Barcelona 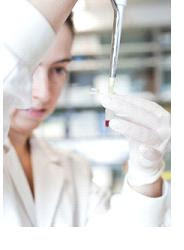 [The following blog was also published as a short article in the new Monocle Guide to Barcelona.]

Reimund Fickert, project director at the Barcelona Biomedical Research Park (PRBB), points to a plethora of businesses and projects that make Barcelona a European hotspot for biotechnology.

“Almost 50 new firms have set up here in the past decade and we now have six independent research centres with close to 1,400 people from 52 different countries working on the site.”

He puts PRBB’s success down to a change in clinical research methods across the pharmaceutical and medical industries that now emphasise biotech, and heavy local government investment in facilities and infrastructure since the 1990s.

“We have some of the most sophisticated imaging technology in Europe so when the King of Spain got sick last year he came to Barcelona for specialist treatment,” he says.
Posted by Brett Hetherington at 8:25 AM No comments:

This week in Barcelona (and it is good to be back here again) the British writer Sarah Waters did something almost “un-British”. She has written about social class.

In her new novel “The Occupant”, according to Spanish media, she has dealt with the conflict between classes and reflected the moment of tensions over social change that was affecting England at the end of the 19th century.

"Granddaughter of illiterate servants, Waters has criticized the enthusiasm of the English for an out of date system of social classes."
Posted by Brett Hetherington at 12:37 PM No comments: