Can you be a Madrid taxi driver if you have AIDS? 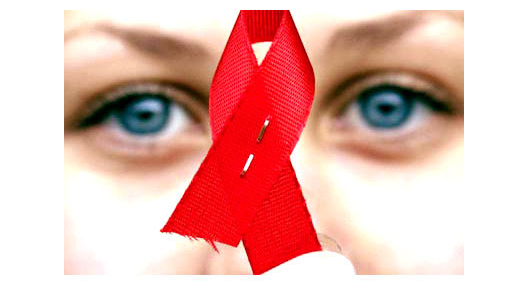 The Madrid Town Council says no.

It has just renewed the law that regulates who can have a taxi licence and is now prohibiting people with HIV / AIDS to be behind a taxi driving wheel.

Because of this decision the Coordinator of HIV / AIDS (CESIDA) has created an online petition at Change.org.
I urge you sign it, as I have done, which will tell the Madrid local government that it should not discriminate against those unfortunate enough to have this serious medical condition.

CESIDA rightly argues that not a single passenger could contract HIV by sitting in a taxi.

They also believe that this law is unjust and goes against prejudices already overcome by the people of Madrid and Spain.
Posted by Brett Hetherington at 1:29 PM No comments: Links to this post

A fascinating English-language interview recorded recently with the great Spanish writer Antonio Muñoz Molina. He talks fluently about a range of subjects including the Franco years, the creative process and particularly his masterpiece Sepharad.

Posted by Brett Hetherington at 8:08 AM No comments: Links to this post

What British educators can learn from Spain (and other countries) 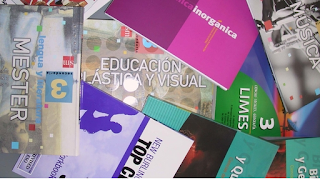 Below is an edited version of the text of a short piece that I wrote recently for an article in the Guardian on-line’s education section...


“If I could point to one idea that I would bring back to the UK from overseas it would be that that awful corporate-speak word 'innovation' - though I would call it creative teaching, rather than anything else.

In Spain, it's uplifting to see how older kids treat and care for younger ones, and this is done naturally and informally, not with prefects or head boys or head girls. The quality of school food is generally good there, and Britain can learn from the health benefits of this.

In Australia, where I was blooded as a teacher during my first four years, educators were encouraged to take risks with their teaching methods, whether this was bringing in sometimes slightly unpredictable guest speakers into the classroom or just simply reading poetry outside in the sunshine. Also, one or two states in Australia have not relied so heavily on exams and testing to assess students' knowledge and abilities. This has given teachers more choice and lets students produce work not purely for regurgitation in an exam.

It's easy to say that we should take personal and collective responsibility for our schools, but in Japan you will see teachers and students every afternoon, side by side, mopping and sweeping the corridors, classrooms and toilets. Admittedly, the low level of attention often paid to this ritual meant that the school was more spiritually clean than physically clean but there is a lot to be said for 'doing the dirty work' together.”

The other contributors to the piece, teaching in Bhutan, New Zealand, China, New York and Qatar are also worth a read and (as usual) some of the comments underneath the article are  interesting as well.

Posted by Brett Hetherington at 1:02 AM 6 comments: Links to this post

"The End of Spain" 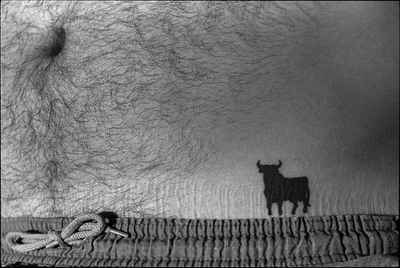 The compulsory tattoo that Prime Minister Rajoy will soon be insisting that every Spaniard has.

Tom, an English architect, forwarded this north-American article to me recently. It came under the title of “Mario vs. Mariano Could Mean the End of Spain.”

I think the journalist (Marshall Auerback) is generally right about the depth of the economic disaster here, and some of the figures are very troubling, but he is almost certainly over-emphasizing the importance of the military in this country.

Their influence has greatly reduced since the clownish 1981 attempted coup, though both they and the various police forces here can be brutal when allowed to.


His comparisons with the American Civil War and US history are drawing a long bow.

In the he final paragraph shows an almost gleeful, ghoulish delight in the economic and social misery here, when he wrote: "If you loved what was happening in Athens, just wait until this show moves full steam ahead into Madrid. It could make Greece seem like a harmless side show in comparison."

As is often the case with sensationalist journalism from the US, some of the comments from ordinary people underneath the article were more sensible, thoughtful and seemingly better-informed than the guy who's getting paid to write this shock-horror stuff.
Posted by Brett Hetherington at 7:15 AM No comments: Links to this post