Join me in conversation at a workshop 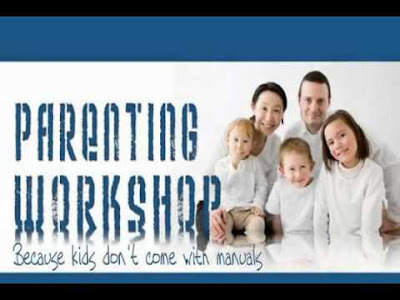 This Thursday afternoon...
"Why We are Losing Our Children & How We Can Get Them Back."
I will be leading a Parenting/Education Workshop near Sitges-Vilanova this Thursday 1st of December at 4.15.
Venue: The Olive Tree School, RAMBLA DEL GARRAF 21
Sant Pere de Ribes.
Posted by Brett Hetherington at 1:53 AM No comments:

Video: "Austerity in 8 minutes: Why it does not work. Why it is still practised"

"At the Cambridge Union's London Debate, economist and DiEM25 co-founder Yanis Varoufakis explains why 'This house has lost confidence in austerity'."
Posted by Brett Hetherington at 2:21 AM No comments:


This week I was once again a guest on Matthew Tree's panel show "Our Finest Hour." We discussed Donald Trump, where Catalan is and is not able to be spoken in Catalonia and Leonard Cohen, before a live performance by Guillem Gené of Cohen's song "Bird on a Wire."
Posted by Brett Hetherington at 12:33 AM No comments:


When I was a curly-haired (and more ignorant) twelve year old in the Cold War years of the early 1980s, one day our History teacher asked the class a general knowledge question: “Who is the world’s longest-serving current dictator?”

Nobody had the correct answer, though Chairman Mao was one of the few responses from the students. Mr Lamb (yes, that was my teacher's name) gave us some helpful clues. “Come on now! He’s been in power since 1944 and he’s not from Asia.” But still, there was no idea running through the developing minds of those in the group. “It’s the Communist leader, Hoxha. Enver Hoxha in Albania,” he told us and wrote this strange sounding name on the board.

A decade and a half later (after French-educated Hoxha had been dead for almost ten years) I started to develop a morbid fascination with this country - a place the wider world knew little about. I read Paul Theroux’s harrowing account of a few weeks he spent travelling there and from a ferry leaving Greece I saw part of its coast: rough, dry and barren of buildings. I discovered that both Albania’s past, equally as much as its present, beggars belief and this pulled me into its orbit.

By the time Hoxha had been claimed by diabetes at the age of seventy six, his regime had modernised the economy in a classically Communist way: at a huge cost to the lives of its citizens. All across Albania, vicious historical blood feuds between families raged on and on unchecked and Hoxha’s secret police, the “sigourmi,” used networks of ordinary people as informers on their workmates and neighbours. Tens of thousands were jailed or disappeared (often in the kind of nightmarish circumstances that could come straight out of a Kafka story) and it’s estimated that up to twenty percent of the population were killed or died in forced labour.

But even the years before Hoxha were no less bizarre. Albania’s King Zog, who survived five assassination attempts, married an aristocratic half-American woman (having seen her in a photo.) The Albanian parliament insisted on seeing the bloody nightgown from her wedding night, as proof of her virginity. Their giant-sized only son Prince Leka moved to Spain, where he trained exiles for a planned guerilla war against Hoxha. Leka’s combat practice became too much even for Franco’s government and the prince’s former royal playmate Juan Carlos was requested to ask Leka and his tribe to leave the country in the mid 1970s. He then took up residence in South Africa and hung around with the King of Zululand after marrying an Australian citizen and former teacher named Susan.

Meanwhile Albania was falling apart slowly. To see the country today is to witness corruption on a scale that makes Greece, Italy or Spain look like amateurish. Because of threats to their lives, the Prosecutor General Adriatik Llalla was recently forced to send his pregnant wife and two children to live in another European country. On top of this, environmentalist groups say they fear Albania will become Europe’s dumping site now that the national government has agreed to take other countries recycling waste.

Albania has some of our continent’s most spectacular scenery and quiet beaches. It has been predicted to become the next big thing in tourism for many of the last few years but somehow it is still largely neglected.

[This article was first published in Catalonia Today magazine, November 2016.]

Posted by Brett Hetherington at 2:27 AM 4 comments:

"Young Europeans are on track to receive a free InterRail pass on their 18th birthday in the future. Members of the European Parliament [MEPs] discussed the proposal and overwhelmingly supported it during a debate in plenary on 4 October.

Millions of young European have travelled throughout the continent using Interrail over the last few decades, but the pass itself can cost up to hundreds of euros.

Interrail is a pass allowing people to travel across Europe’s rail network freely. Users can use it to travel wherever they like on the continent.

Some 300,000 people use InterRail passes to travel across Europe every year.   An InterRail pass cost ranges between €20 and €480 for a month-long pass."

Posted by Brett Hetherington at 4:08 AM No comments:


"• Move announced as part of a desire to ‘de-pathologise’ transexuality

The regional health service in...Catalonia has dropped its controversial requirement for individuals seeking a medical gender change to first undergo psychiatric evaluation, removing what transgender and LGBT activists in Spain have long protested as a stigmatization that equates homosexuality and the desire for gender change with mental illness.

[Catalan] health minister Antoni Comín announced Monday that individuals experiencing gender identity disorder over the sexual identity they were assigned at birth and who seek hormone treatment or surgery through the...health service will no longer be treated as though they have a mental disorder prior to undergoing therapy.

Currently, there are 437 people at different stages of sex-change treatment within the Catalan health system, with 93 new applications each year from individuals seeking initial hormonal treatment of two years prior to being placed on the waiting list for sex-change surgery."

Posted by Brett Hetherington at 11:38 PM No comments: