"There are now more than 65 million people displaced by conflict in the world, the highest level ever recorded. Half of these refugees are children.

Germany has received more than 1 million refugees, mostly from Syria and Iraq. Despite supporters initially celebrating Chancellor Angela Merkel's actions, many Germans have begun voicing concerns about when this acceptance of migrants will come to an end.

But while the adults in Germany have expressed mixed reactions to the refugees, German author Kirsten Boie wants children at least to realize that a refugee child is just like any other kid in the world.

In her latest children’s book, “Everything Will Be Alright,” she writes the true story of Rahaf and her family, who flee Homs, Syria due to bombings by war planes. The family crosses the Mediterranean Sea on a small boat, ultimately choosing a small town near Hamburg, Germany to start their new lives.

The book is published in German and Arabic and is meant to be read at school to both German-born children and their new immigrant neighbors. (An English translation is available online here.)"

Listen to this story on PRI.org »

Posted by Brett Hetherington at 1:22 PM No comments: Links to this post

"On the results of the UK/Europe referendum - DiEM 25" 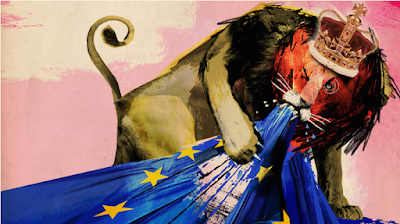 This movement, of which I am a proud member, released a statement this morning which I generally agree with:

"DiEM25 campaigned vigorously in favour of a radical IN vote.

OUT won because the EU establishment have made it impossible, through their anti-democratic reign (not to mention the asphyxiation of weaker countries like Greece), for the people of Britain to imagine a democratic EU.
Our radical IN campaign was thus defeated.

We can proudly look the powers-that-be in Brussels, Berlin, Frankfurt, Paris etc. in the eye and tell them: “We tried to save the EU from you. But you have poisoned the EU so badly by silencing the voices of democrats that, though we tried, we could not convince to people of Britain to stay.”

We, at DiEM25, are in no mood for being downcast now that Leave won, against our better efforts. As of today, a new exciting challenge begins for our pan-European democratic movement.

At DiEM25 we rejected the logic of EU disintegration implicit in the Leave campaign. But we also rejected the logic of business-as-usual for the EU peddled by David Cameron, Tony Blair, Wolfgang Schäuble, François Hollande, Jean-Claude Juncker, Hillary Clinton and all the other contributors to the loss of EU’s legitimacy, integrity and soul.
DiEM25 regrets that the British people chose to leave in the EU. But at the same time, DiEM25 welcomes the British people’s determination to tackle the diminution of democratic sovereignty caused by the gross de-politicisation of political decisions and the consequent democratic deficit in the EU.

As of today, DiEM25 will seize upon the OUT vote to promote its radical agenda of confronting the EU establishment more powerfully than before.

The EU’s disintegration is now running at full speed. The DiEM25 campaign of building bridges across Europe, bringing democrats together across borders and political parties, is what Europe needs more than ever to avoid a slide into a xenophobic, deflationary, 1930s-like abyss.

In this endeavour, British progressives will be at the heart of DiEM25’s campaigns."
Posted by Brett Hetherington at 7:07 AM No comments: Links to this post

" ‘The Day I Became Just a Stupid Number': One Syrian Refugee's Journey to Europe "

"A lot has been written about refugees in the last two years. But rarely do we hear from the refugees themselves in more than just soundbites.

GlobalPost, an international news organization within the PRI family, commissioned essays from five young Syrians who all made the difficult decision to leave their homes — and undertake a menacing journey out of the country, to Turkey, to Greece and across southern Europe.

This essay by Zozan Khaled Musa, 25, was originally published on PRI.org on May 31, 2016, and is republished here with permission.

After a long dark journey in the Aegean Sea, I arrived to the small Greek island of Nera at about 3:30 on the cold morning of Oct. 3, 2015. There were many local fishermen who helped us after the boat landed. They wanted to have the boat’s engine, which was valuable to them.

It was an unbelievable relief to see our feet on land again. We decided to rest in a small room near the beach. There was not enough room for all of us. So only the women and children stayed inside. I made my bag a pillow and my jacket a blanket, but it was so cold that I couldn't close my eyes.

When there was enough light, we walked to the local police station. It was about two-and-a-half miles away.
Many boats arrived to the island that night. Hundreds of people were standing in a line waiting their turn to be registered so they could take another boat to the main island of Kos. In Nera, when my turn came to get inside the office, they wrote the number “17” on my hand.

I will never forget the day that I became just a stupid number on a long inhuman list. How shameful for humanity that so many people became nonhuman in that single helpless moment. I did all the procedures as best I could and headed to Kos, where the authorities waited for us with a paper with each one of our names on it.

That paper allowed us to get on a ship going to Athens. It was a 12-hour journey. I made it to Athens the next morning and parted from my husband's friend’s family and met a Greek friend who was helping me get on a bus to the Macedonian border. It was 11 p.m..."


Read more from source here.
Posted by Brett Hetherington at 2:12 AM No comments: Links to this post


“On 26th June the people of Catalonia, the people of Spain, have a unique opportunity to vote in a progressive government that will save the European Union from itself and from the disaster caused by the self-defeating austerity breeding unbearable authoritarianism.

The incumbent prime minister of the right-wing People’s Party behaves like a spoilt child in Brussels, begging to be allowed to violate the unenforceable rules. The next prime minister of Spain, representing a progressive government that the Spanish voters now have the opportunity to bring to power, must call forth a EU summit that discusses and draws up new, rational, enforceable rules.

Only then can Spain breathe again in a Europe that re-discovers its poise, rationality and humanity. This is why the 26th of June presents a unique opportunity, one that will be realised as long as the next government refuses to commit to existing policies and to Rajoy’s and Dos Guindos’ prior commitments to the Eurogroup.”

Read more from a Greek bearing truths at his blog here.
Posted by Brett Hetherington at 12:04 PM No comments: Links to this post 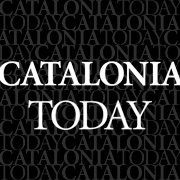 small children trade the world for distraction
deal in statements with the grammar of a road sign
they’re happy to put the sun in the top corner of the page
count backwards from 9 and arrive at the end of this sentence
These lines from Nathan Shepherdson’s newly-reprinted “Sweeping the Light Back Into the Mirror” are an example of what this award-winning poet does so well: he uses memory to compress sentiments that are without sentimentality and gives us self-revelations that are not self-obsessed.
In one moment he is inside the mind of himself as a child: innocence, naivety and then using exact nuances of expression to capture that uncomplicated kiddy outlook. On another page you get the distinct impression that he is having a (one-sided) talk with his dead mother. The author not only dedicates the book to Noela Mary Shepherdson (who died in 2003) but he also continually shows a deep understanding of women in general, including an appreciation of women’s clothes and ‘finery.'


But this poet’s skills go much further than mere observation. His brilliantly gothic portrait of two crows near his mother’s grave is sixteen lines of the best poetry I have ever read, and his use of personification is equally as deft because it never seems forced or misplaced. Shepherdson also has a way of reminding us of what he calls the ‘tribunal of memory’ and how it can make the settings of people we have been fond of so poignant and emblematic.


I too share his obvious fascination with the insect world (especially ants) and enjoy his regular references to plants, animals and nature in general. It would be wrong though to say that this book is in any way a breezy affair. There is barely a moment of lightness. When it appears it is the bleakest of dark humour (remindeding me of an episode with a waitress in Bob Dylan’s song Highlands.) Shepherdson recalls his mother this way: "you drew a straight line on the wall/laughed and turned/and declared it a self portrait"


Every parent would surely like to be revered with such devotion by a son or daughter, though for this poet it has come at a price. Here, he is filleting his nerves: "this is where I murder truth/cut the bowels out of the clock /this is where you pay the bill/the one you kept under your left breast for years/you had faith/i had you"

The final part of the book is a like a doctor’s chart that puts graphic images on top of one another. It gives snapshots of the brutal physical and mental decline of an emotionally-generous woman, and is a kind of stretched agony. I found tears stinging my eyes while reading the last pages of this book:

[This article was first published in Catalonia Today magazine, June 2016.]

Posted by Brett Hetherington at 1:29 AM No comments: Links to this post