The elections in Catalonia, 2012

Little of great significance has changed after the recent elections.

But what has happened is that the left separatist party the CUP [Candidatura d'Unitat Popular] now has 3 seats, so for the first time ever there is a genuinely anti-capitalist party in the Catalan Parliament.

This is a fact that has been completely ignored by mainstream media here and outside the region.


.
Posted by Brett Hetherington at 12:52 PM 4 comments: Links to this post


"A new interreligious dialogue centre backed by Saudi Arabia is stirring up controversy in Vienna and abroad even before its official inauguration.

The King Abdullah Bin Abdulaziz International Centre for Interreligious and Intercultural Dialogue -- in short KAICIID -- will officially open its doors on Monday [tomorrow.]
Set up jointly by Saudia Arabia, Spain and Austria, the KAICIID will have the status of an international organisation.

But critics say that the centre -- entirely financed by Saudi Arabia and named after its king, who initiated the idea -- could be used by Riyadh to spread the radical brand of Islam known as Wahhabism, and divert attention from human rights violations and lack of religious freedom at home [in Saudi Arabia.]”


Last month, Spanish Foreign Minister Trinidad Jimenez Garcia-Herrera oversaw the signing of a contract between the three nations.
Posted by Brett Hetherington at 12:34 AM 2 comments: Links to this post

Europe three times as “gloomy” as the USA? 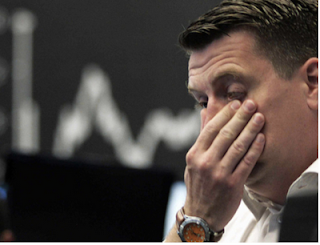 According to author Tim Phillip’s Joy Index, in Europe, the English-language press hasn’t been too optimistic recently.

Read more of his explanation here.


Posted by Brett Hetherington at 1:22 AM No comments: Links to this post

Email ThisBlogThis!Share to TwitterShare to FacebookShare to Pinterest
Labels: europe, happiness, the media 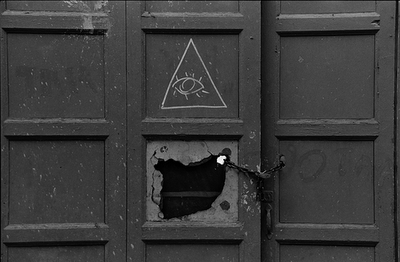 
He died almost 40 years ago but somehow he’s never quite gone.

This month Dr Jordi Cornellà-Detrell, a Welsh academic, has discovered that “scores of popular novels censored during the dictator’s reign are still being published – in their Franco-era form.”

Posted by Brett Hetherington at 7:55 AM No comments: Links to this post

Rubbish, water and the General Strike 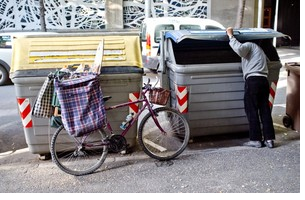 
Prompted by regular reader Tom (again) I have been thinking about a few related things.

His link to a north American article about “dumpster diving” in Spain (ie, people searching through those large rubbish bins for food/items to use or re-sell) reminded me of the day I first saw this happen in this country with my own eyes.

It was near our local shops quite early in the morning; still semi-dark and I noticed a quite well-dressed man with his head and arms stuck inside a big green rubbish hopper. He had already collected a few things and when he saw me walk past he was clearly ashamed.

This happened about 4 years ago, just as the huge and still-continuing economic “crisis” had just begun. It has now become a regular sight during the daylight hours too, and is just one undeniable symptom of the desperation and hardship that is now equally common.

Now that sense of resentment and frustration is to be channeled into another National General Strike which is to be held tomorrow, the 14th of November.

There is a lot to strike about at the moment. Personally, the quiet privatization of greater Barcelona’s water supply by the Catalan government is one that stirs me into anger. We are supposed to believe the government’s hollow assurance that it “will continue to be a public service.”
Posted by Brett Hetherington at 2:12 AM 2 comments: Links to this post