"By land and by sea: Salvini’s war on immigration in Italy"


"Salvini’s war against immigration is being waged by land and by sea.

It is a war against a section of society that makes up over eight per cent of the country’s population.

By sea, the war is being waged through a criminalization of humanitarian rescue operations.

The decree recently approved by [his] Italian government restricting the right to asylum is the terrestrial counterpart to the criminalization of NGOs operating in the Mediterranean.

This not only pertains to operations carried out by foreign NGOs, which are accused of failing to observe the sovereignty of national borders, but also to operations carried out by the Italian Coast Guard itself. This is a schizophrenia typical of authoritarianism and amounts to a call on the state authorities to close ranks.The climax to Matteo Salvini’s ongoing campaign against humanitarianism, it will have a fundamental impact on the management of migration within the country..."

Posted by Brett Hetherington at 11:38 PM No comments: Links to this post

Australian poet reading at the University of Barcelona 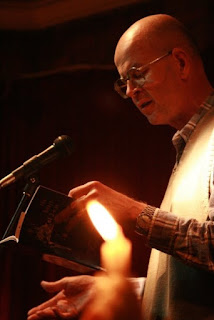 The Australian poet, Peter Bakowski, will be doing a public reading from his work at the University of Barcelona in Gran Via on:

Posted by Brett Hetherington at 8:38 AM No comments: Links to this post 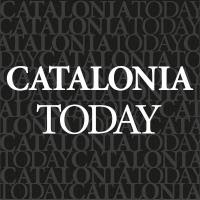 Ambling through the modern centre of Sant Joan Despí [near Barcelona] recently, I came across a kind of historical relic barely seen in this era of celebrity websites, corporate sponsored blogs and fake news.Lying disregarded on an outdoor cafe table was a copy of a small magazine. I picked it up, looked at it and decided it to take it away and read it.The name of this Spanish language colour mag was Chispas, or ‘Sparks.’ The cover illustration showed, with for sale and rent signs on top, a block of new apartments, circled by a snare trap with jagged teeth. The accompanying headline in red and white capitals stated: ‘THE COST OF LIVING IS MAKING US POOR.’This was what encouraged me to take the magazine and explore it further; that and the fact that the layout and graphics inside looked more like it had been printed some time during the 1990s. With a price at just €3, this issue (number 183) filled 66 pages.Reading through ‘Chispas’ on the way home on a delayed RENFE train, I found that its contents confirmed to me so much that is great about European left wing politics but also a few things that are still wrong with it. The first featured story on the inside cover (with picture) related Spain’s average monthly salary of €1,000 to housing costs in many cities here being between €500 and €700 euros a month.This article was preceded by a letters page (Trump, the need for a public bank; the wolf-pack rape case and food prices.) The other main items focused on arguments against NATO, the progressive-left political ‘earthquake’ (or landslide) at the Mexican elections and two interviews; one with with a local scientist and one with the head of a LGBT collective: ‘40 Years of Pride.’As well as the range and breadth in variety of these and the rest of the articles, what also struck me as I read through ‘Chispas’ was the detail and the high standard of research. Yes, some of the writers tended towards polemic points of view at times but overall the language was clear and simple, though surely a bit too academic in places.A three-page piece picking apart the Partido Popular primary elections beautifully highlighted their current weaknesses, another longer feature looked intelligently at the serious plight of self-employed or independent ‘autonomos’ in Spain and another equally well put-together section criticised the failure of the European Union’s policies on the question of refugee and migrant human rights.I couldn’t help wondering though, who actually reads this type of humble publication? Apart from people like me who are political animals and the most ardent of trade unionists or party members, who would actually part with the three euros to get your hands on a copy and then do more than look at the bold print or graphics?The great problem with these kind of wonderful little things is that they are essentially preaching to the converted. Those who are indifferent to the kinds of topics they write about or the politically undecided will never hear their persuasive points. That is probably something of a sad truth.In my final moment of reading the magazine I looked at the name of the organisation who had printed this highly informative mixture of quality progressive thinking and occasional close-minded dogma: Unificacion Comunista de España, based in Valencia.

[This article was first published in the October edition of Catalonia Today magazine.]

Posted by Brett Hetherington at 12:16 AM No comments: Links to this post


"On BBC HARDtalk Stephen Sackur speaks to Yanis Varoufakis, Greece's radical leftist finance minister at the height of the economic crisis, and an advocate of a new global progressive politics. The old certainties in European politics are crumbling. Voters seem fed up with the long established supremacy of the parties of centre right and centre left. The politics of identity and raw emotion have fuelled populist insurgencies from Italy to Sweden to eastern Europe. Mostly it's the right, not the left in the ascendant..."

Posted by Brett Hetherington at 4:23 AM No comments: Links to this post