"That which is offensive"

A well-argued and very convincing short article arguing against the disturbing new national "security law" which threatens to turn many acts of public protest (and even plenty of acts that are not protest at all) into criminal offences.

Posted by Brett Hetherington at 11:22 PM No comments: Links to this post

A fascinating 5 minute video about young men in Barcelona who are taking up boxing as a way to stay out of trouble and give themselves a purpose in life. (With English subtitles.)

Posted by Brett Hetherington at 11:57 PM No comments: Links to this post

"The Lleida Provincial Council is promoting a project entitled ‘Persecuted and Saved’ that aims to identify and mark the principal paths through the Catalan Pyrenees taken by 80,000 fugitives, 20,000 of whom were Jewish, in order to escape the Nazi horror during the Holocaust.

They will also show the prisons and concentration camps set up to hold those who were caught. The project has already received a good deal of interest from Israel, with Alon Bar, Ambassador of Israel to Spain, visiting the key sites.

Furthermore, Walter Wasercier, CEO of Israel’s principal airline, EL-AL, and Joan Reñé, President of Lleida’s Provincial Council, have met in order to discuss setting up weekly chartered flights between Israel and Lleida-Alguaire Airport.
Reñé claims that the project is an opportunity to “recover the historical memory and publicize the little-known events that occurred here during the Holocaust.”  Bar summarized the importance of the project with a Hebrew saying, “to save a soul is to save an entire world”.

He also expressed thanks to the Catalan people, many of whom risked their lives to help save Jews and other refugees who were fleeing from Nazi barbarism.

A chance for Jewish people to find their ‘roots’

Bar believes that many Jewish people may find their roots while exploring the sites that their relatives used to escape tyranny and certain death. Over 20,000 Jewish refugees are believed to have passed through the Pyrenees, often taking the harshest and most difficult routes in order to avoid capture by Nazi soldiers patrolling the area.

Reñé also believes the project is a good chance for Catalans to better understand and appreciate the history of the area and the role that their parents and grandparents played by helping the starving and freezing survivors that made it over the mountains."

Posted by Brett Hetherington at 3:31 AM No comments: Links to this post

Europe is nauseous from the cancer of corruption.

Yes, it still has the glories of its art, its food, its history and its abundant cultural riches - but it is also shot-through with corrupt men and women.

And I don't just mean Mediterranean Europe or its Eastern bloc neighbours. If we decide to include Russia in wider Europe then the point is even clearer.

If we then go on to acknowledge that Turkey has often been as much a part of Europe as any other more western land covered with olives and sun-ripened tomatoes, then the case is water-tight. Near the end of last December, two of Turkey's government ministers were arrested and, in an open letter to the Turkish press, a state prosecutor alleged police obstruction of a corruption case.

Almost every Spaniard, Greek, Italian or Catalan knows that corruption runs deep through business and government activities, to the point where many people are no longer shocked by fresh daily or weekly revelations of it in the media. We know this all too well because many of us are personally involved in it or we know people who are. It starts from a young age, in truth - the cheating in school tests, then self-serving greedy lies to each other and finally, it is only a small moral step to fiddling the books.
I don't pretend that all this only goes on in this part of the world. As (Berlin-based) Transparency International's most recent annual survey showed, most country's citizens have formed some damning judgments on their own homelands. The “Corruption Perceptions Index” for 2013 concluded that almost 70 percent of the world's nations are "seriously corrupt or worse." While they found that “regionally, Eastern Europe and Central Asia ranked the worst, [but] Western Europe and the EU the best” this does not allow for the fact that 4 of the top 5 “cleanest” are northern-European/Scandinavian countries and therefore these rankings for the region are somewhat skewed.

Across the channel from the continent, those reluctant and selective semi-Europeans, the English, have had their own grubby trials to deal with. Apart from the usual political/finance industry collusion, late last year in London's atmospheric bear-pit court at the Old Bailey, 22 journalists, editors, police officers and prison workers began facing charges of conspiracy to commit misconduct.

In a separate example, a minority group spokesperson (from British Future which studies migration and identity) admitted that problems of electoral corruption had existed for some time. He acknowledged that “unhealthy relationships” between parties, candidates and “sections” of communities are continuing, though he maintains it is actually less of a problem than in the past, with clan-based politics from first generation migrants. His comments came in response to a conservative MP who had argued that it was “mainly the Pakistani community, not the Indian community” that was responsible for a Scotland Yard investigation that eventually found no evidence of widespread fraud in postal vote scams in London's Tower Hamlets area. This came on top of a 2008 finding of guilt against another conservative local councillor just outside London.

But corruption comes in so many different forms and has a thousand faces. A plan recently approved by the government in Malta is perfectly designed for malpractice. It will give anyone who wants to purchase a Malta EU passport the right to reside in any of the other 27 member states for a one-off fee of 650,000 euros. This policy is being introduced because, according to the country’s prime minister Joseph Muscat, it will attract “high value” individuals from around the world. Apparently, those who purchase passports are then going to be able to buy citizenship for their immediate family for just 25,000 euros. A private company called Henley and Partners (who state that they “run an important government advisory practice”) will be put in charge of processing the paperwork.(Meanwhile, Spain is also planning on awarding foreigners residency permits if they buy a house for more than US$215,000.)

So, if in fact, as one definition puts it, corruption is “the abuse of power for private gain... and it hurts everyone who depends on the integrity of people in a position of authority," the question must be asked, “Who is not getting hurt from corruption?”

[This article was first published in Catalonia Today magazine, Feb.

Posted by Brett Hetherington at 2:10 AM No comments: Links to this post 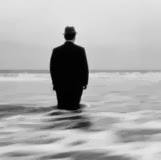 The Good Men Project has just featured an excerpt from my new book, The Remade Parent under the title "“Be A Man!” The War Cry, The Tragedy."

It is a website that has the kind of articles about men, fathers and relationships that are rarely published elsewhere and I highy recommend it.
Posted by Brett Hetherington at 1:18 PM 2 comments: Links to this post