Paying now...or not all 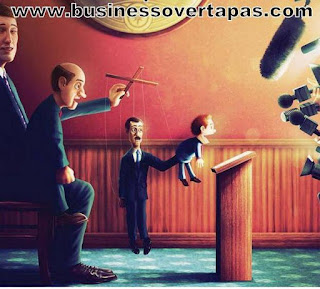 Temporarily ignoring today's election in Catalonia - obviously an extremely important event - I found this little gem of an editorial on a completely different subject:

"The somewhat quixotic idea of an extra payment for the workers, the paga extraordinaria – now extended to two payments in June and December – began as a Christmas bonus (known as un aguinaldo) of a week’s wage to workers, ordered by Franco’s Government in the winter of 1944. The edict was extended the following year and declared to be permanent. Two years later, in 1947, a similar payment was ordered to celebrate what would now be May Day, but was then the 18th of July (the date of the 1936 Coup d’état). Later, after Franco’s death, this second payment was moved to June. In 1980, a new agreement with the unions, never changed to this day, changed the system of the ‘fourteen payments’, which could, as agreed by the workers, be paid either as twelve regular monthly or fourteen (irregular) payments, but, from a previously accorded annual payment. In reality, the workers are no longer paid more, but by spreading the payments in this way, the tax paid by the employers is actually slightly reduced. Further, as the Government dropped the extra payments for the funcionarios in 2012 (part of which they promise to make up just after the December 2015 elections), workers are effectively having the wool pulled over their eyes. One thing which we can expect from the Troika sooner or later will be an end to this odd system originated as a workers’ bonus by Franco."

More from this very well-informed source here.
Posted by Brett Hetherington at 1:56 PM No comments:

The films of Fred Ménier 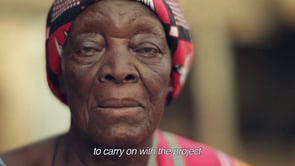 The superb short films and documentaries made by my friend Fred Ménier.
Posted by Brett Hetherington at 5:26 AM No comments:

In honour of the election of Jeremy Corbyn to the leadership of Britain's Labour party (and in answer to my own rhetorical question in this previous blog... where I asked "Where have all the sad and angry songs gone?)

"a collection of 16 contemporary protest songs, including 10 BRAND NEW RECORDINGS, available from http://bit.ly/lohaf_sampler (with proceeds to 38 Degrees:" a progressive, people-power organisation for social change.)
Posted by Brett Hetherington at 9:29 AM No comments:

Where have all the sad and angry songs gone? - My latest opinion column for Catalonia Today magazine

I heard a French song on the radio the other day. It sounded like one of those lovely ballads from around the time of the Second World War and it had a melody and lyrics that were sung with just enough melancholy to somehow have a tinge of hope to them as well. Just as with some songs in languages that are not in our native tongues, it was exotic enough to alter my mood and get me thinking of very recent English language comparisons. I couldn’t think of any.

This French song had the flavour of a kind of protest song. Not a politically militant song but you could tell that it’s world weariness came from the destruction that the singer had seen or possibly even lived through. You could almost hear the hunger for a good steak or a roast chicken in her voice. In fact, it could have been hunger for love but I got the impression from her frustrated tones that it was something more than a private, personal anguish that was eating at her. She had blame in her voice - accusation and the fire of (dare, I use the word) indignation.
“How had things got to this point?” she seemed to be demanding to know.

This is a question too for our current era . As Europe convulses with doubt about its own existence as an entity, I have my own queries about popular culture. I want to know why I don’t hear songs on mainstream radio that reflect the temper of the time. Today, who is singing about society’s ills?

According to Guardian newspaper music journalist Luke Morgan Britton, “most bands regard social commentary as career self-sabotage [and] alternative artists are increasingly silent about about activism.” While it's true, as he argues, that in the charts “there have been hits reconfiguring female sexuality, videos promoting positive body image, as well as LGBT anthems” I have heard nothing that reflects the range of social movements working against government austerity, poverty, homelessness or justice for tax-avoiders and rogue bankers.

It wasn’t always this way, of course. In the last half century alone, popular music has given us the honest power of Bob Dylan’s early career and a host of other music-industry civil rights campaigners. They must be listening to the egotistical prattle and posturing of this century’s brand name sponsored hip-hop/R&B acts - who claim to speak for the oppressed - and the older activists would have to be wondering when it all went so wrong.

In the more affluent years of the 1980’s and 1990’s social problems were represented with sharp urgency through well-known singers like Bruce Springsteen, Billy Bragg, Sinéad O'Connor, Elvis Costello, Kate Bush and Peter Gabriel. Even bubble-gum pop duo Wham did a benefit concert for striking miners back then in the Thatcher years.

I am probably out of touch with some of the more underground sides of the cultural landscape but one of my interests is music as a source of social change - especially changing the minds of ordinary people, beyond just preaching to the converted. To do this mainstream media is necessary.

When I again hear music on the car radio that gets me questioning things I will be (for a few minutes) a happy man once more.

[This article was first published in Catalonia Today magazine, Sept. 2015.]
Posted by Brett Hetherington at 6:54 AM No comments: