"French lawmakers approved plans for a total ban on some widely used pesticides blamed for harming bees, going beyond European Union restrictions in a fierce debate that has pitched farmers and chemical firms against beekeepers and green groups.

The EU limited the use of neonicotinoid chemicals, produced by companies including Bayer CropScience and Syngenta , two years ago after research pointed to risks for bees, which play a crucial role pollinating crops.

Crop chemical makers say the research blaming neonicotinoid pesticides is not backed up by field evidence and a global plunge in bee numbers in recent years is a complex phenomenon due to multiple factors."

Read more from source here.
Posted by Brett Hetherington at 10:00 AM No comments: Links to this post

Email ThisBlogThis!Share to TwitterShare to FacebookShare to Pinterest
Labels: France, Science, the environment, the EU

“The formation of the European Union,” explained Chomsky, “was a highly encouraging step forward in world affairs, with great promise.” However, in view of the American scholar, the EU “now faces severe threats, from within, tracing in no small measure to the attack on democracy.”

Upon becoming the latest signatory of the movement’s Manifesto, Chomsky affirmed, “[DiEM25’s] Manifesto is a bold effort to reverse the damage and restore the promise, an initiative of great significance.”

Read more from source here.
Posted by Brett Hetherington at 9:19 AM No comments: Links to this post 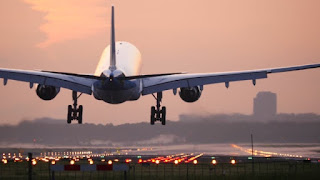 "Prime minister António Costa’s willingness to take as many as 10,000 refugees - instead of the 4500 established by EU quotas - is being demonstrated today as the European Council holds its emergency summit in Brussels on what is universally recognised as the 'worst refugee crisis since World War II'.

Hours before the summit got underway, 64 ‘mainly Syrians and Iraqis’ touched down at Lisbon’s military airbase (Figo Maduro) to be received by dignitaries before going on to various destinations around the country.

A number - particularly children - were so frail and ill from gruelling months of uncertainty and inhospitable conditions in Greece that they had to be immediately transported to hospital, writes Público.

Talking to journalists, Costa’s deputy Eduardo Cabrita said the latest 64 which have followed 65 Eritreans who have arrived since December are “mainly Iraqis and Syrians”, with women, children and families making up most of the numbers, plus a few single people.

Next week, more will start arriving on commercial flights, he explained.

For now, Portugal’s new arrivals will be given accommodation in 15 locations organised by social solidarity, church and refugee support organisations."

Posted by Brett Hetherington at 4:15 AM No comments: Links to this post

How do you get sick in Japan?

According to one Japanese teacher that I once talked to, a Mr Shiroi, he caught a cold because the school that we both used to teach at was in an “unfavourable” north-east position, when compared to his house. He had been working at this school for four years, he informed me, and had got sicker much more often than at his previous school, which was in a northwest direction. This was a ‘good’ location relative to where he lives, so he rarely found himself in less than perfect health.
Mr Shiroi told me that this extraordinary superstition was called fu-sui (wind-water) and has its roots in Chinese Confucian times, having a fairly committed belief amongst about 1 in 20 people in Japan, Mr Shiroi estimates. In China, he thinks it is over 10 per cent still.

Naturally, in our conversation I offered the opinion that it is actually germs that cause diseases, but this is only the ‘direct’ cause, he maintained. From this ancient nonsense, it seems that you can predict where the harmful things are, but they will only take effect on you if you have arrived at your destination from certain directions.

I contended to him that if somebody catches AIDS for example, it is because they shared a needle or bodily fluids with an infected person. In Mr Shiroi’s view it is also because they were ignorant of the warnings that, with special insider-knowledge, can be found.

Mr Shiroi then went on to inform me that all the important variables in fact changed on the night before ‘Setsubun,’ (which was only two nights before our discussion.) You see, the turning point for which directions are favourable is midnight on this ‘real’ New Year. Setsubun (literally "sectional separation") is a timed-honoured Japenese custom that marks the beginning of spring and is based on the solar calendar, not the lunar calendar used by the western world. A man puts on an onni (demon) mask and is chased out of his own house by the rest of the family who throw beans at him yelling the Japanese equivalent of bad luck out, good luck in! It is still practised in most Japanese households, he told me.

More interesting to me though were this otherwise well-educated man’s theories about predictability of natural phenomenon. I asked him if it was not only people’s houses and workplaces that came under the influence of this “cosmic compass.” Did it affect relationships? For example, if someone who was born in the town of Uji, south of Kyoto, and they married someone from say, Kameoka to their north-west, did this mean that their bond would be a successful one?

He believed it did, explaining to me that it is actually even better to marry a partner further along the same axis line. This struck me as another absurdity, particularly when taken to its logical extension. I argued that, according to his theory here, it would have been better for him to have married a woman from the very tip of Chile in South America rather than his current wife. “Oh, but you have to balance the idea with practical concerns,” he squibbed. I asked him what his wife thought about this. He said “Well, I got married before I learnt about these ways.”

I knew that just last year he had traveled to Morocco. He had previously told me that he liked it very much but that his wife never wanted to go back there again. Now, he filled me in, that particular tip of Africa had been the ‘second best’ possible place to travel to. It had been at times very difficult to find somewhere to go outside of Japan that was relatively “safe.”

Following these principles was limiting to his options, it seemed. I told him that former U.S. President Ronald Reagan’s wife Nancy had experienced similar problems with a different brand of superstition.

[This article was first published under the title "How do you get sick in Japan?" in Catalonia Today magazine, March 2016,]
Posted by Brett Hetherington at 5:05 AM No comments: Links to this post