Speaking about education in London 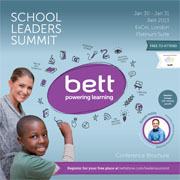 This Wednesday evening I will be speaking about international education and the dangers of categorising students at the BETT 2013 "School Leaders Summit" at ExCel in London.

One of the organisers asked me to speak there after reading a written contribution I had made to this article in the Guradian online.
Posted by Brett Hetherington at 12:52 AM No comments:

Email ThisBlogThis!Share to TwitterShare to FacebookShare to Pinterest
Labels: education, The Guardian

"Social segregation, cultural appropriation: the six-hundred-year history of the European Roma, as recorded in literature and art, represents the underside of the European subject's self-invention as agent of civilizing progress in the world," writes Klaus-Michael Bogdal.

Posted by Brett Hetherington at 8:00 AM No comments:

Email ThisBlogThis!Share to TwitterShare to FacebookShare to Pinterest
Labels: europe, history, the roma/gypsies

Video: Not your average day in a Spanish (un)employment office

To cheer up the crowd at a one of  [Madrid's] very full unemployment offices, Spanish radio program Carne Cruda 2.0 organized a flash mob of musicians to come and play a version a version of the Beatles classic "Here Comes the Sun."


That's the kind of publicity stunt I'd like to see more of.

Source here.
Posted by Brett Hetherington at 9:57 AM No comments:

The most famous pickpockets in Barcelona

Judging from this fascinating film I will have to keep my wits about me a bit more than I have been.

I’ve started working in the great city more recently, using the train and metro to get around.

Not long ago my wife suffered an attempted pickpocketing by a couple of females, working as a team in a similar way to those men in the video who a policeman calls “two of the most famous pickpockets in Barcelona.”


Posted by Brett Hetherington at 7:15 AM 4 comments: 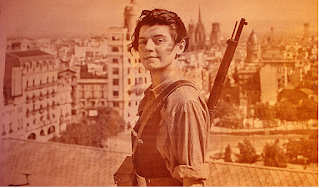 "The MDC (Digital “Memory” [History] of Catalonia) is a cooperative open-access repository containing digitized collections related to Catalonia and its heritage.

It includes digital copies of photographs, drawings, maps, posters, pamphlets, incunabula and many other items with a total of over two million documents related to Catalonia from 21 different institutions (universities, specialized libraries, archives, etc.)"
Posted by Brett Hetherington at 1:28 PM No comments: