"Contrary to popular belief, more Europeans are currently migrating from Europe to Latin America and the Caribbean than in the opposite direction.

This is the conclusion reached in a study published recently by the International Organisation for Migration (IOM), titled ‘Migratory Dynamics in Latin American and the Caribbean and between Latin America and the European Union’.

The document shows that more than 181,000 Europeans left their countries in 2012, in comparison with the 119,000 Latin Americans moving in the opposite direction. The data show a reduction of 68% in the latter flow compared to 2007, when the number of migrants moving from Latin America and the Caribbean to Europe stood at over 350,000 people, its highest level ever.

Spain is at the top of the list of countries with the highest number of citizens emigrating in search of new opportunities in Latin American states, with 181,166 emigrants to Latin America in 2012. It is followed by Italy, Portugal, France and Germany."

Posted by Brett Hetherington at 1:43 PM No comments:

"How Spain’s Chinese immigrants went from dishwashers to doctors"

Fascinating stories of modern Chinese-Catalans and Chinese-Spaniards: proof that Iberia is slowly becoming more multi-cultural, and maybe at a faster rate than people here think.

Posted by Brett Hetherington at 5:36 AM No comments: 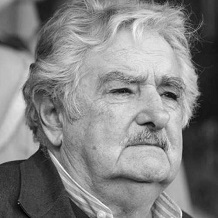 The most recent former President of Uruguay has published an article arguing that "European intellectuals must take the responsibility to change their social model before it turns into a catastrophe.

The trade union movement, the ideas of socialism, anarchism and communism, and all of the ideas of progress: all have their roots in Europe. It is in your continent that the first great popular movements – the main drivers of social change – emerged."

Read more here.
Posted by Brett Hetherington at 7:03 AM No comments:

"Remember, little children are not too little to go hell.”


These are some of the words that are included in a new picture book published by a Puritan organisation in the United States last month.

The book, whose title I choose not to state so that it is not given any further free publicity, is targeted at five to nine year olds and uses quotes and interpretation of lines from the bible to outline the usual nonsense about hell being a place of eternal fire where supposed sinners are “locked in [solitary] cages.”

In a note to parents at the back of the book, the author says:

“Some parents may be thinking that this kind of exhortation to children will give little ones horrible nightmares… It would be better for them to have nightmares now while you teach them about the realities of hell… than to wind up in the reality of the nightmare that is hell.”

Ignoring the obvious absurdity of such a place existing after death, writers such as Christopher Hitchens have questioned whether any good at all can come from terrifying children in this way.

Others, such as Greta Christina have called it “child abuse.”

Author Dan Arel has suggested “using a more Socratic method” of questioning children about what they already think as a better method of then exploring ideas about what happens to us when we eventually die.

Meanwhile in separate case of backwardness, a senior Vatican official has denounced the same-sex marriage referendum result in Ireland as a “defeat for humanity” after the country overwhelmingly voted to support it.

On the same day as the Irish vote, reports emerged that Taiwanese pop songstress Jolin Tsai's song and her music video “We're All Different, Yet The Same” had been banned from broadcast in Singapore. The video shows two women in a marriage ceremony kissing (with closed mouths) for about seven seconds.

Also recently, two judges in Argentina are still somehow sitting at the head of their courts, after saying that the rape of a six year old boy wasn’t too serious because he was “already gay”. They reduced the rapist's sentence, saying the boy was used to being abused and had “homosexual tendencies”.

In Australia (that far off country that I used to call home) their ultra-conservative Prime Minister Tony Abbott blocked both legislation and the possibility of a referendum on gay marriage.

In more encouraging news though, back on this side of the planet, Greenland’s Parliament has unanimously approved same-sex marriage and adoption.

MPs in the country, which has a population of 57,000, voted to adopt Danish laws on the issue, scrapping Greenland’s domestic partnership legislation, adopted from Denmark in 1996.

Also, a lesbian fleeing persecution (because of her sexuality) in her native Cameroon has now received asylum in Spain after a long legal battle.

Progress moves slowly - in fits and starts through the world - a world that calls itself modern.

I wish all readers a very enjoyable summer.


[This article was first published in Catalonia Today magazine, July 2015.]

Posted by Brett Hetherington at 12:55 PM No comments: