"Sewing a way out of sex work in Barcelona" 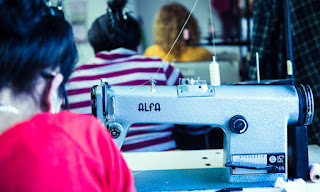 "BARCELONA (Thomson Reuters Foundation) - Sewing makes a welcome change from sex for the 20 women who escaped years of forced prostitution to stitch together a new life in Spain’s second city.


Paid work - making clothes - is a path back to normality, they say, a way to feel useful, not used, and learn how to fit into society after being trafficked underground.

“Working here I feel empowered, relaxed and happy,” said Fer, a 42-year-old former prostitute from Brazil whose name has been changed as she wished to remain anonymous.

Fer said working alongside other trafficked women in a simple, white, inner-city workshop had helped her move on and put the past where it belonged.

The women busily cut patterns and stitch garments, chatting as they work. Outside is the commotion of the Raval district – a hive of Pakistani grocers, poor immigrant families and tourists who cram the narrow cobblestone streets and mediaeval squares.

Inside is a women-only sanctuary.

The Dona Kolors clothing brand was born in 2012 to help women like Fer regain confidence and start afresh.

The clothes are simple, boxy pieces in linen and cotton aimed at 30- and 40-something women.

It is a social enterprise - a business that aims to do good - that was set up by a local Catholic organization, El Lloc de la Dona, Catalan for ‘Women’s Place’, which has for decades helped prostitutes in this crime-ridden corner of the city."

Posted by Brett Hetherington at 9:17 AM No comments: Links to this post

"From Cairns to Madrid:" The first female Australian Indigenous ambassador goes to Spain 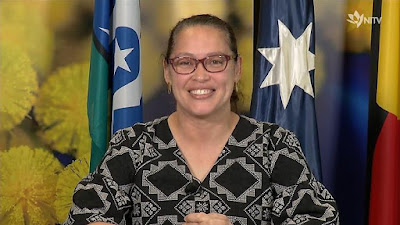 "Julie-Ann Guivarra was the first in her family to go to university. She was the first Indigenous person to serve as a senior executive in the Australian Foreign Ministry.

Last year, she became the first Indigenous woman to represent Australia as its highest-ranking diplomat in Spain.

“Certainly I’ve never set out necessarily in life to be a trailblazer, but I do think that being the first Indigenous female ambassador is a huge honor. It’s an honor for myself, you know, I know that my family back in Australia are very proud of this achievement."
Ms Guivarra was posted to Spain, the country where her Basque surname originated. Ms Guivarra's Spanish connection dates back to one of her great-grandfathers, of Indigenous and Filipino origin: a combination not all that unusual, given the ancient maritime trade routes between Asia, Europe and Oceania reached the Torres Strait islands."
"My last name is Spanish because my great-grandparents were from the Philippine islands. It was only when I got this position that I started learning the language," the ambassador explains.
Read more from source here.

Posted by Brett Hetherington at 10:49 AM No comments: Links to this post

"BREXIT & EMPIRE: Nostalgia for a Nation That Never Was Is Driving Britain Over a Cliff" 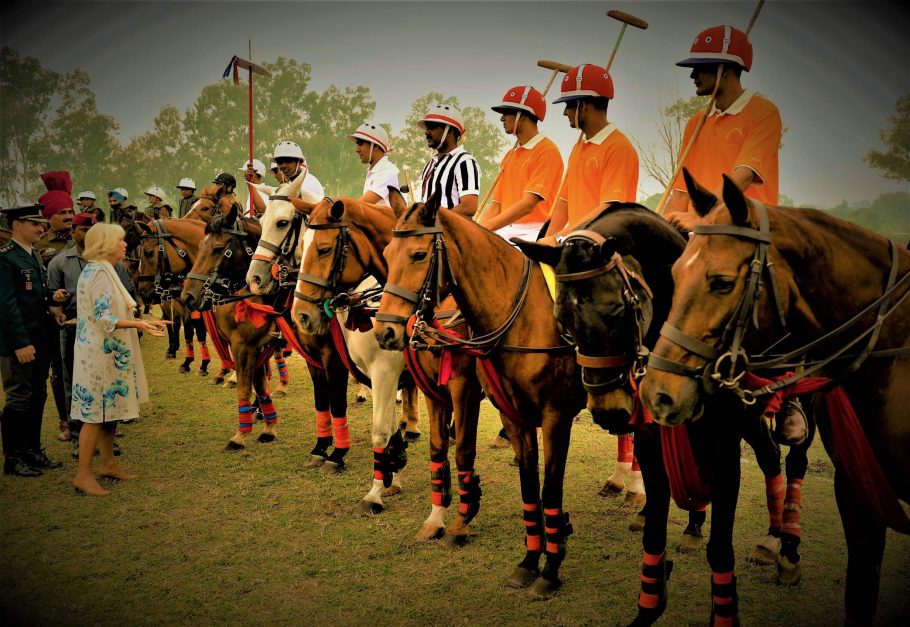 "With the likely next Prime Minister Boris Johnson praising Britain as the ‘greatest place on earth’, all the unlearned lessons of Empire are coming back to haunt us.

When did the British Empire end? Not that long ago.
Take Kenya, which has only been an independent country for 56 years, or Uganda’s freedom from British rule that happened only a year before in 1962.
It was only in 1997 that the British handed back control of Hong Kong to China. The recent pro-democracy protests on the island, and the UK’s tricky position in upholding its ‘one country, two systems’ pledge, is testament to how the legacy of Empire is very much alive in Britain and the world today.

By choosing a Brexit that refuses to recognise we were never just an autonomous nation-state… we are condemned to an impossible search for a past that never was.

Except, no one seems keen to speak much about it.
Empire is not a marginal part of British history; it is our national story. But, a lack of public debate and education on why it happened, what it meant, how it was carried out, and how it has shaped Britain and its former colonies, is leaving the door open to a nostalgic, fantasised idea of Empire being weaponised in order to sow division. "
Read more from source here.

Posted by Brett Hetherington at 3:05 AM No comments: Links to this post

"Who are The English?" --- My latest article for Catalonia Today magazine 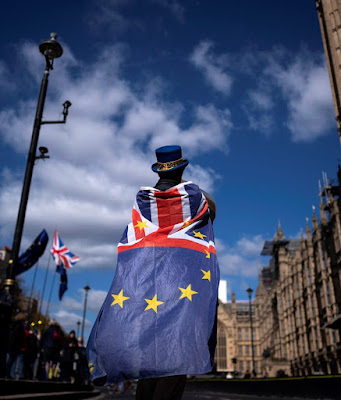 This summer while we on the continent of Europe are enjoying doing whatever we can afford to do under the Mediterranean sun, we should all spare a thought for the English and their other Brit cousins.

They will be living through the continuing economic and social disaster created by Brexit and other agonies that are certain to multiply and crowd around like flies at a July barbecue.
A large slice of the pain of modern England comes from its identity and Brexit is only one symptom of this disease.
I recently read an exceptional book titled ‘God is an Englishman’ published exactly 50 years ago, and all the way through it the Australian author Donald Horne, (who also wrote the well-known book ‘The Lucky Country’ about his own homeland) shows as much penetrating insight into who exactly the English are as anyone else I know of.
Using his book as a measuring stick against the past, it’s remarkable how little England seems to have changed (especially for the better) in that half a century that I have now lived through.
Facing up to the coming instability of the 1970s, Horne found that Britain’s history meant that it too deserved to be called a fortunate country. As he saw it though, “what gets on British people’s nerves is that they no longer know who they are.” (Loud echoes of today’s Brexit confusion?)
He saw a culture where people “find reality in excitements of..fashion and the entertainment businesses.” This led to an emptiness and general dissatisfaction with their lot. For him, it meant too that almost half of young British people alive then were fantasizing about emigrating. Of course, many did or already had (including my father.)
Some of Horne’s other best observations come from his clear understanding of the social class system that still operates deeply all through life there. He recognised that all Brits essentially operate to serve the comfort and ease of the “Upper English” but that a visitor who stayed for years might not notice that England is genuinely one of the world’s most working class nations.
Here, the author, who did in fact marry an Englishwoman and live for five years on a farm in Cornwall, west England, relates a truth that few Brits would have liked to admit, even in the unlikely event that they knew it. Twice as many manual workers as white-collar workers went out to their jobs in this “antique economy”; one that directly made it possible for the queen to stay happy in her castle.
The average Brit was in fact a relative of a peasant who had been tossed by need into the provincial towns or London, just like so many ’internal immigrants’ who arrived in Catalonia from (other) parts of rural Spain in the 1950s and ‘60s.
Soon after the time that Horne was writing though, it was estimated that at least half of England’s land was entirely unregistered: a hotchpotch of inherited wealth. Today we now know that this half a nation is owned by just 1% of its population: 25,000 landowners – typically members of the aristocracy and corporations.
These crucial numbers of course ignore the ironic title of the book. It refers to the 16th century monarch Elizabeth’s bishop of London who specifically claimed that “God is English” and “His nation was to be the New Jerusalem” of the British Isles.
The very English genius George Orwell warned against the “habit of assuming that human beings can be classified like insects” but if we think about today’s English people I’d compare them to that little desert lizard who hops from foot to foot to avoid getting its feet burnt on the hot sand.
Here I mean the political and social temperature, not that from the sun.

(This article was first published in Catalonia Today magazine, July 2019.)

Posted by Brett Hetherington at 12:52 AM 2 comments: Links to this post

"The young German captain of a migrant-rescue ship stranded off Italy dismissed threats of arrest and personal criticism from the country's far-right interior minister on Friday, saying her main priority was the safety of 40 rescued Africans.

After two weeks at sea, the...31-year-old, Carola Rackete, has become a symbol of defiance for challenging the authority of minister Matteo Salvini, known as "Il Capitano" at home for closing ports to non-government rescue ships.
Speaking to reporters from her ship, the Sea Watch, via a Skype connection, Rackete said she was forced to enter Italian waters due to the worsening condition of the migrants plucked by her crew from international seas off Libya on June 12.
Related: The radical populist party that shook Italy's establishment
"The need which we have on board is psychological... The necessity to go into port is to prevent any harm or any self-harm which people might be contemplating," she said.
Rackete, a conservationist who has served on cruise ships and on a Greenpeace vessel in the past, has drawn strong support from Italy's pro-immigration opposition parties and also felt the sting of Salvini's ever-busy Twitter account.
Related: After 'Salvini decree,' refugees face uncertain future
She says she now devotes her time to rescuing migrants as a reaction to her privileged upbringing.
"My life was easy. … I am white, German, born in a rich country and with the right passport," she said in comments provided by Germany's Sea Watch, a charity that has been running rescue operations in the Mediterranean since 2014.
"When I realized it, I felt a moral obligation to help those who did not have the same opportunities as me." "
Read more from source at PRI here.

Posted by Brett Hetherington at 11:35 PM No comments: Links to this post