Another interview with Australian national radio 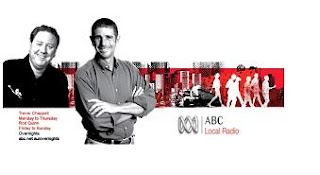 The other day I was interviewed again by ABC radio for their Overnights program and, amongst other subjects that I have blogged on, I talked about:

How Barcelona and dozens of cities united in world-wide protest

The economic crisis in general here (ie. More than one in five people
in Spain now live below the poverty line.)

Link to MP3 recording of the interview here.

Posted by Brett Hetherington at 12:12 AM