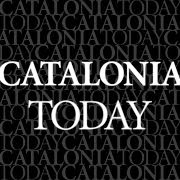 The recent Germanwings airline tragedy has naturally been the focus for countless media stories. Many of us in Catalonia know people who were acquainted with victims and their families but there is another personal aspect to the crash that seems to provoke strong reactions in those who have no direct connection to it.

Because most of the developed world now travels by air at least a few times a year, we are aware, at least semi-consciously, that every time we step on board a flight we are putting our lives in the hands of a small number of people - most particularly the pilots. It’s understandable and even maybe logical that we look for something or someone to blame when a plane is the cause of 150 deaths. Our instincts for justice demand an explanation. Now it has become clear that the co-pilot Andreas Lubitz, made a conscious decision to commit suicide/mass-murder and used his plane as a weapon. We also know that Lubitz had suffered from a severe depressive episode while training to be a pilot in 2009 and was receiving regular medical treatment right up to the day that he plowed the plane into a French mountain. According to his former doctors this treatment was for physical problems, not psychological ones.

What we do not know though, and most probably could never know is exactly why he chose to end his own life in such a horrific way. Lubitz had reportedly told an ex-girlfriend “One day I will do something...and everyone will then know my name and remember me.” This gives an egotistical motive for his actions but does not adequately explain much else. One of the most important points that arises here, and one that a lot of media has distorted or missed altogether, is that depression does not create homicidal maniacs.

A depressed person is actually highly unlikely to take others with them to the grave and the vast majority of people with depression do not hurt anyone because suicide is the main extreme risk, not violence. In this same column in December last year I wrote that “Today too, there are increasing numbers of people who are not only acknowledging their own depression or mental illness but are speaking openly about it in public forums and in the media.” Unfortunately, Andreas Lubitz was not someone who believed that he could do anything like this and apparently went to great trouble to hide his interior struggles from his employers. If he had found the right help, he and his unwitting victims, almost all of them strangers to him, might well have lived.

The statistics show that most murder-suicides happen in domestic settings, and involve a male and his spouse. Murder-suicides involving pilots or in gun massacres are, in fact, a great deal rarer. Lubitz himself then does not fit a standard type or pattern but I would speculate that he was a man (75% of suicides are men) who was overwhelmed with the complications of a high-pressure job and was desperate and confused. In an extravagant gesture, he had just bought matching Audi’s for himself and his current girlfriend, who was pregnant.

There is a real danger that Lubitz’s violence unfairly creates a greater stigma for those who have psychiatric problems and that men in particular will be less likely to talk to mental health professionals or even family and friends. I have had a limited, short-term personal experience with depression and would hate to see a major tragedy like this one lead to a deeper code of silence about the difficulties of the human mind.

[This article was first published in Catalonia Today magazine, May 2015.]

Posted by Brett Hetherington at 2:35 AM