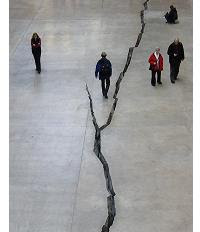 The illusion that has been successfully sold to most of the people across our planet is that anyone can become wealthy if they work hard.

This is no more than a spin-off of the Protestant work ethic.

It is true that less affluent individuals in society can occasionally ‘rise’ to the (now rapidly shrinking) middle classes, as conservatives and other market forces cultists assure us.

They might even make it into the rich elite.

But, as a consequence, this increasingly remote possibility naturally pits one person against another in a battle, not necessarily for survival, but for a limited number of shaky footholds at where the excess is.

Clearly, it is impressed on every aspiring rich man or woman, the only way you can get near being moneyed is at the expense of others.

The trick that has deluded much of our society is that those forces of the free market work in the interests of the majority. We are now wakening to the undeniable fact that this current economic and social arrangement continues to deny the basic humanity of most of those who live as part of it.

Free market dogma expressly state that ‘labour,’ meaning people who work, must be subject to ‘supply and demand’ in exactly the same way as inanimate objects are in the economy. A human “resource” is therefore no more ‘valuable’ than a tree or a piece of coal, or even a purely abstract concept like a dollar bill.

If this entity called “the market” decides that a unit of labour (a human being) has to be paid less, has to work longer or shorter hours, has to move location, or has to effectively vanish into thin air, then nobody should stand in the way.

The free market cultists maintain that it is not the role of a government or a trade union or anyone else to prevent the operation of this always ‘reliable’ market.

The cult of market forces is not only one that deceives others but is duping its own followers as well. It is mistaken about some important aspects of human nature.

Their most serious error is that the doctrines of this cult are entirely based around the central idea that consumers will without fail, act rationally and in their own personal interest.

In other words, every individual, whether they are a child making their first purchase of a chocolate bar that they happened to see advertised on TV; someone choosing a sexual partner, or selecting between Coca-Cola or Pepsi; or even a chain-smoker with lung cancer buying their last cigarette: they all do so, every time for one reason only.

So, we are making supposedly rational and self-interested decisions in every waking moment.

This suggests then that there is a cold, quite detached weighing up of the pro’s and con’s before all choices.

It exists in the mind of a drunken man, or a psychotic killer, or a hormonal teenager, in a hateful army Lieutenant, or in a neurotic housewife.

It must be there in the gambling addict, too. Before he or she spends them self into complete poverty, maybe they can be consoled with the thought that at least it is in their self-interest. The economic rationalist textbooks say so, anyway.

But, what then is the core belief about the mystical entity called The Market?

According to the cult it is, in short, a ‘mechanism’ that ensures that the ‘demands’ of all consumers for goods (for example, petrol) and services (for example, a train ride) are met by the ‘supply’ of all producers (given available resources.)

This so-called “market equilibrium” (that is, the money-price paid by consumers) will vary depending on how much consumers are prepared to pay for each and every good or service.

This concept of the free market is based on the old-style market place, where traders would display their homegrown vegetables or the family’s handmade clothes physically in front of them at their open-air stall.

Buyers would walk up and haggle with each shopkeeper over the price of what they were interested in. A price might be eventually agreed upon, and a purchase could then take place.

In the medieval-age of simple village squares and relatively limited consumer expectations, this basic economic model might have made some common sense.

Today, and for some time now, it is surely absurd to continue living based on these out-dated principles in a modern global society that is technologically fast-paced, and massively productive.

The market though, is the vehicle for humanity’s continuing progress, argues the cult. It guarantees economic growth in its ‘natural’ cycles they say. In truth, what it does certainly create is a mentality that defines “winners and losers.”

Little money equals big loser. Success is measured by the size of your wallet or bank balance.

[This article was first published in Catalonia Today magazine, December 2018.]

Posted by Brett Hetherington at 3:17 AM