My interview with Matthew Tree - author of SNUG 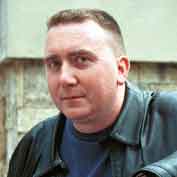 Below is the text of my interview with Matthew Tree, the prolific British/Catalan writer who has just published SNUG, his first novel in English.

[A version of his article was first published in Catalonia Today magazine in June 2013.]


You've had a very successful career over many years writing in Catalan but this is your first published novel in English. What has caused the delay and now the publication of SNUG?

What mainly caused the delay was the fact that I found my written voice first in Catalan, in 1990, when I wrote and published a small text called 'Viatge a Romania'. As I still hadn't found my written voice in English, I then made a more or less conscious decision to write only in Catalan for about ten years (with the odd incursion into English, which only went to prove that I still couldn't write in this language). Then, in 2000, I got an idea for a full-length novel which came to me in English and in English only. So I wrote the novel in English, and discovered that, finally, after the years of discipline of working in another language, I had finally broken the back of my mother tongue. That novel, however, was published in Catalan (my version) and in Spanish (translated by someone else from the English original). But not in English. The idea for SNUG came to me in 2006 and was based on a host of other ideas that had been building up over the years. I finished it in 2011. My agent, irritated with the wall of silence she was getting from most UK publishers, decided to bring SNUG out as a promotional, though professionally produced, edition. Much as I like this edition, which has been beautifully done, the idea is to use it to attract the attention of a mainstream publisher.

You are one of the few writers born in England who is brave enough to regularly write honestly about social class in that country. How important is class as a theme in your work?

Class was the reason it took me so long to find my written voice in English. Class is built in to British English, as far as I can see. The stratification that English society is still in the grip of, reaches right into the language: open a book by almost any English writer and the vocabulary and syntax will immediately indicate the social class of either the writer or the narrating voice. I wanted an English that was fully malleable, fluid, unconditioned, like American English. And when I got it - or I hope I did! - I used it to talk about class, but directly, not 'unconsciously'. They say writers should write about what they know. Like everybody raised in England, I know about class. It's affected me all my life, and I suspect it's a lot more important - reveals a lot more about the nature of people in general - than is usually supposed.

Why did you set SNUG in a small town on an island in England?

Because I wanted the African visitors in the book to come across England at its most complacent and cosy and snug. I got the idea for the novel when on holiday in the Isle of Wight, which is the kind of place that feels like nothing is ever, ever going to happen there. Perfect.


One of the three main characters in SNUG is what could be called an "intelligent racist." He's a quick-witted man but his blind-spot is that he is instinctively prejudiced. Did you base his personality on a particular "type" of person?

The interesting thing about racism is that, despite its irrational, acientific (or pseudoscientific) nature, it is often espoused by highly intelligent and well-informed people. Who are not intelligent enough, however, to realise that they are gift-wrapping their intelligence around outmoded and patently absurd prejudices in order to justify them. Dr Whitebone in SNUG is that kind of 'intelligent' racist. Smart, but not really smart. Christ knows there's enough of them around.


This same character in the novel says that "providence has provided me" as the solution to the crisis in the town. Do you think that this delusion is a typical one of religious zealots?

No. For what it's worth, I suspect that religious zealots are weak-minded people who love to feel that they are subjected or even enslaved by their beliefs and therefore do not have to answer for anything those beliefs impel them to do. Dr Whitebone's sense of providence is more like that believed in by many political leaders, of the left or right: they think they're the man or woman of the moment, and can help the benighted populace, even if this means some sacrifices being made by that same populace.


The anti-Semitism in your novel is particularly well shown-up. How much of a problem do you think this still is, in the UK and Europe?

You'd have thought that after the Shoah, anti-Semitism would have gone the way of the dodo bird, but certain far left European intellectuals, especially in France, revived it in a new form in the late 60s and early 70s - as 'anti-Zionism' - and it has since spread from there. In the Arab world, where it was imported directly from Nazi Germany through Haj Amin al-Husseini (the founder of modern Palestinian nationalism, and one of Yasser Arafat's mentors) it is especially virulent. But it should maybe be remembered that Zionism - not to be confused with religious Zionism - is simply the belief that the Israeli state has a right to exist. Anti-Zionists, then, presumably want it to be eliminated (Hamas are genuinely anti-Zionist in this sense). It's a complicated issue, as there is no question that the Israeli state deserves severe criticism for its continued occupation of Palestine (the parts of Palestine that used to belong to Jordan, to be precise). But many people use that as a starting point for encouraging anti-Jewish hatred around the world, which is just absurd. As we hold this interview, news has come through that the Syrian government has just killed 50 Turkish people in a bomb attack. Compare the fairly muted international outcry now with when the Israeli military killed nine Turkish nationals on a boat headed for Gaza, a few years ago. Why this difference in virulence? Anti-Semitism, unfortunately, is still very much with us, on both the left and right, but gives itself sneaky political justification in the form of the undeniably legitimate Palestinian struggle for independence (support for this struggle, of course, doesn't automatically imply an anti-Semitic stance: you have to read between the lines to see where people are really coming from, in this sense). In the West, it seems, then, that anti-Semitism is hard-wired into the belief system, perhaps because it was, indeed, a Christian invention.

Another of the three main characters is 12 years old. What did you do to create the mind of this character?

The other narrator of the story is an African man who is directly involved in creating the conflict on the island. At one point he uses a popular British hymn to cleverly satirise the locals. What was your idea behind this?

In fact, the use of William Blake's 'Jerusalem' - which Jonas Cole, the African spy, overhears and 'adapts' as he listens to it - is a bit of a cliché, in that it's appeared in a couple of films I can't identify at the moment (I vaguely remember people singing the hymn in church, cut with images of other people being beaten up by British soldiers or police). But 'Jerusalem' does sum up perfectly a kind of exalted self-satisfaction you often find in England, and which the visiting Africans, of course, disturb somewhat.

What influenced you to write SNUG and have you read any other books that also skillfully explore colonialism?

For about 20 years I'd worked on different ideas for a novel based on a siege: but I never got either the besiegers or the besieged 'right': the situations i invented just didn't work at all. Then there I was, in 2006, on the Isle of Wight, when I suddenly remembered a story I wrote when I was 20, in which thousands of Africans come to Thatcher's England, furious with the way their continent is being treated and the bullshit they have to put with. Bingo: I realised a Wight coastal village would be the besieged entity, and the besiegers, Africans. As for reading, I read anything I could get my hands on about Africa: history, African fiction, including Chinua Achebe's 'Things Fall Apart', perhaps the greatest anti-colonial novel of them all. For SNUG, I went to Tanzania and was lucky enough to meet a major Swahili language writer, Erick Shigongo, who put things into a much-needed non-European perspective.


What are you working on currently as your next book for publication?

I'm working on a new novel in English, which could be summarised in three words: 'England as sect'.
What are your thoughts about the current political situation in Catalonia?
My personal sense is that we are at a historical moment that started on the 11th of September, 2012. The outcome is uncertain but whatever happens, it will mean that Spain will no longer be as most people seem to think it is. It seems that the home-rule process is accelerating, not least because the Spanish government  is doing it's best to make Catalans feel like aliens inside Spain.

Posted by Brett Hetherington at 12:13 AM