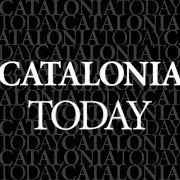 Just last month we witnessed the latest craze from the USA arrive here.


Without doubt, the Black Friday sales will now be an annual event and will certainly grow in intensity each year.


If anything accurately represents pure, raw capitalism it was the sight of crowds of people surging and barging though department store doors. Some had bulging eyes.


Some were smiling in anticipation or possibly relief at finally being inside the gates of the consumerist's palace. Other people were clearly using their arms and shoulders to shove slower shoppers out of their way.
In the UK police had to restrain mobs at some Tesco stores and arguments and fights broke out in branches of ASDA (owned by U.S. giant Wal-Mart.) Four arrests for violence were made in Greater Manchester alone.

One report quoted a 56-year-old hairdresser on an overnight trip to a Sainsbury supermarket saying that the scenes were "crazy" and "disgusting". "I got a Dyson [vacuum cleaner], but I don't even know if I want it. I just picked it up," she said.

This pandemonium is aside from the online sales that also form part of the Black Friday marketing push.

Amazon was the first to introduce the trend into Europe in 2010 and this year in Germany and France a number of major retailers (including FNAC) publicised the day and offered claims of reductions.

In Spain, El Corte Inglés went even further than its rivals and hosted a four-day fiesta of supposed discounts.

Naturally, it was in the US where the day went to it's animalistic extremes of riots and frenzied stampedes.

Last year there were separate incidences of a shooting and a stabbing and this year five injuries were recorded, along with three arrests.

The website BlackFridayDeathCount.com has kept records of relevant news stories and has documented at least seven deaths and ninety six injuries in the U.S. since 2006. (Somewhat ironically, the website also sells T-shirts with the words "I survived Black Friday" on them for $18.00.)

Of course, I'm all in favour of a real bargain and I love a bit of a haggling at a market stall.

I would think that many of the people who buy in store or online on Black Friday are genuinely wanting to save money on something that they may not have been able to afford without a drop in the sale price or they simply believe that they are getting a product that will in some way enhance their lives.

I just question whether a lot of the buying is in any real sense, needed.

Having grown up in an Australian city where the shopping mall was the focus of social life for the easily-influenced young, as well as plenty of retired people, I have a fundamental disagreement with spending money as a major free time pursuit.

Europe is full of parks, beaches, squares and even ramblas: all public spaces not specifically made for commercial activity.

Anyone is free to be in theses places without thinking of them self as a consumer first.

In a shopping mall there are usually almost no seats that are not part of some kind of cafe or food joint. To be there is to be a buyer.

Simply put, I just want to live in a part of the world that continues to value things that don't have a money value.


[A version of this article was first published in Catalonia Today magazine, January 2015.]

Posted by Brett Hetherington at 9:14 AM